The UN Convention on the rights of the child

Article 31 states: you have the right to play and rest.

What does it mean?

The Article means that parents can’t make their children do so much work that they cant handle so much pressure, and they also have to have enough time to sleep or rest so that they have enough energy the next day. It also means that the child has enough time to go out and play with his/her friends, and to do his/her’s homework.

What does it NOT mean?

The article does not mean that the parents can let  the child not do anything, the child can have some jobs to do but they can’t have a overload of jobs so that the child is very tired everyday of the child’s life.

What I did with the article?

In class I was in a group of three and  we all did a skit on Article 31, we did it because it was a simple but powerful message to everybody because if you make the child do labour then the child won’t have many opportunities when they grow up. Going back to describing the skit I had two boys and me. the two boys were father and son and the father was abusing to son and hitting him, and as for me i was the UNICEF manager and I would nock on the door and say “I have some important news to tell you” and then i would go in the house and say to the father that what he is doing is wrong and that if he does it again that he would get arrested and go to court, that is the main part and there is more but it would take forever to describe.

One thought on “Children Rights” 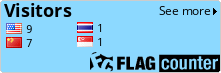